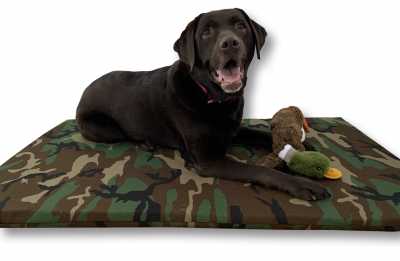 The Resource Center followed up last year’s selection as one of the healthiest workplaces in the country by doing even better this year.

Each year, Healthiest Employers conducts events in more than 40 regions to identify local businesses that have excelled in creating healthy workplaces for their employees. This past spring, for the second straight year The Resource Center was declared the healthiest employer in Western New York in the Large Business category in a competition organized by Buffalo Business First magazine. Healthiest Employers invited the top 25 percent of the regional honorees to participate in the national competition, said Donna Trusso, the project manager for The Resource Center’s STARS employee wellness program. Organizers of the national competition said that more than 2,000 businesses applied for consideration as one of the Healthiest 100 Employers.

Last year, The Resource Center finished 77th in the Healthiest Employers rankings. For this year’s competition, TRC’s expectations were modest.

During the awards ceremony, the names of the 100 Healthiest Employers were announced in groups of 10, starting with number 100. Trusso and the two members of TRC’s wellness team who accompanied her to Chicago, Heather Courtney and Jon DeSantis, became anxious as more and more names were announced and TRC wasn’t listed.

“They’re reading off the names in the 50s, 40s, 30s, and we’re sitting there not seeing our name,” Trusso said. She and her co-workers began to wonder if TRC’s name was announced and they somehow missed it.

“You can feel your heart beating a little bit more. It’s very exciting,” DeSantis said. “It felt like the Oscars.”

Finally, as the organizers announced the list of employers ranked 11th through 20th, The Resource Center appeared at number 19. TRC’s representatives were pleasantly surprised, saying that they knew the agency’s wellness program had gotten stronger in the past year.

“We felt like we’d made progress, but I never would have envisioned that big of a jump,” Trusso said.

Award applicants were evaluated across six key categories: culture and leadership, foundational components, strategic planning, communication and marketing, programming and interventions, and reporting and analysis. Completed assessments were ranked with the Healthiest Employer Index, a 1-100 metric for wellness programming.

When asked to account for the rise from 77th to 19th place in the rankings, Trusso and her team credited TRC’s focus on looking beyond the agency.

“The one thing that I think has really helped us a lot is the collaborations we’ve made in the community,” Trusso said. She pointed to blood drives conducted in partnership with the American Red Cross, a recurring Weight Watchers initiative and ongoing lunch-and-learn offerings that feature local experts on a variety of topics based on employee needs and interests.

DeSantis added that TRC has received regional support for the success of its wellness program. TRC is a member of the P2 Collaborative of Western New York, which seeks to align resources to measurably improve health and healthcare delivery, increase access to care, and reduce health disparities in the region. Representatives of the P2 Collaborative’s other member agencies were pleased with TRC’s ranking on the Healthies Employers list.

“They were just as excited as we were about it,” he said.

The Resource Center also has partnered with the Chautauqua County Health Network and the CHQ250 initiative, among others.

Trusso added that the people overseeing the Jamestown Board of Public Utilities’ employee wellness program contacted TRC to learn more about STARS.

“It’s a really great feeling to know we’re not only helping people here at TRC, but our success is having a positive effect on others,” Trusso said. “It’s very gratifying and satisfying.”

From left, TRC’s Jon DeSantis, Donna Trusso and Heather Courtney are all smiles after learning that TRC had been named the country’s 19th healthiest employer.

The Resource Center implemented the STARS employee wellness program several years ago. STARS assesses each person along five key life dimension: basic needs, physical health, mental wellness, family/social relationships, and employment issues. STARS participants enjoy the opportunity to meet with a health coach a minimum of three times per year to develop and monitor a personalized wellness plan; discounts on their health care costs and wellness activities; and the ability to earn incentive points that can be redeemed for prizes. Participation in the wellness program is voluntary. Many of the STARS activities, such as the lunch-and-learn series, are open to all TRC employees, not just those who are enrolled in STARS.

Each STARS participant undergoes an annual biometric screening. Based on the results of the screenings and TRC’s health care claims data, the STARS team’s focus area for 2017 is promoting and maintaining healthy behavioral changes to reduce the risk of heart diseases and diabetes. Targeted approaches included weight management, proper nutrition, smoking cessation, exercise, and stress reduction.

An ongoing challenge is finding ways to engage employees to be willing to make positive changes in their health and well-being. The STARS program comes up with challenges for employees to engage in, on their own or in teams – for instance, TRC recently wrapped up a challenge aimed at getting people to lose weight and/or exercise during the summer. Every interaction with staff is an opportunity to spread the wellness message.

Trusso said The Resource Center has begun to realize a positive return on its investment in its in-house employee wellness program in terms of improved health measures among STARS participants and decreased claims costs. And those positive changes manifest themselves in the form of more productive employees.

“People appreciate having someone to listen to them and knowing that they’re cared about,” Courtney said. “When staff see that their employer cares about them, they perform better; their attendance is better; they do better.”

Going forward, Trusso and the STARS team want to get others involved in promoting the importance of wellness. TRC has formed a wellness committee to assist in this area and become “ambassadors of wellness,” said Trusso, explaining that she, Courtney and DeSantis can’t do it alone. “We can’t be everywhere.”

TRC administrators are pleased with the performance of the STARS wellness team and the recognition the program has received locally, regionally and nationally.

“I couldn’t be more honored and proud of my team and all of the employees at The Resource Center,” said Heather C. Brown, assistant executive director. “We have worked hard on this initiative since rolling it out a few years ago and are pleased with so much engagement. And then to be recognized at a national level is just unbelievable. But really, it all boils down to helping our employees, our co-workers, to be healthy, well and thriving members of TRC and the community.”