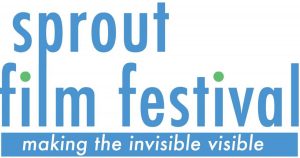 Since its founding in 1979, Sprout has provided a year-round travel program of vacations as well as a year-round program of day and evening cultural, social and art-related activities in New York City for people with developmental disabilities. Since 1995, Sprout has run an annual weekend-long music, film and arts festival for an average of 225 people with developmental disabilities complete with live bands, video screenings, interactive art projects, carnival games, and other entertainment.

The Sprout Film Festival’s mission is to inspire audiences, promote inclusion and support transformative filmmaking as an integral part of social change. This unique event, which focuses exclusively on films that celebrate the diverse lives and creativity of people with intellectual and developmental disabilities (I/DD), strives to challenge assumptions and breakdown stereotypes. By introducing powerful, thought-provoking films from around the world to new and ever-more inclusive audiences, we hope to promote greater acceptance, celebrate difference and light the spark to help make the invisible, visible.

The Sprout Film Festival was founded in 2003 and is programmed and supported by Sprout, a New York City based non-profit organization dedicated to bringing innovative programming to individuals with I/DD.