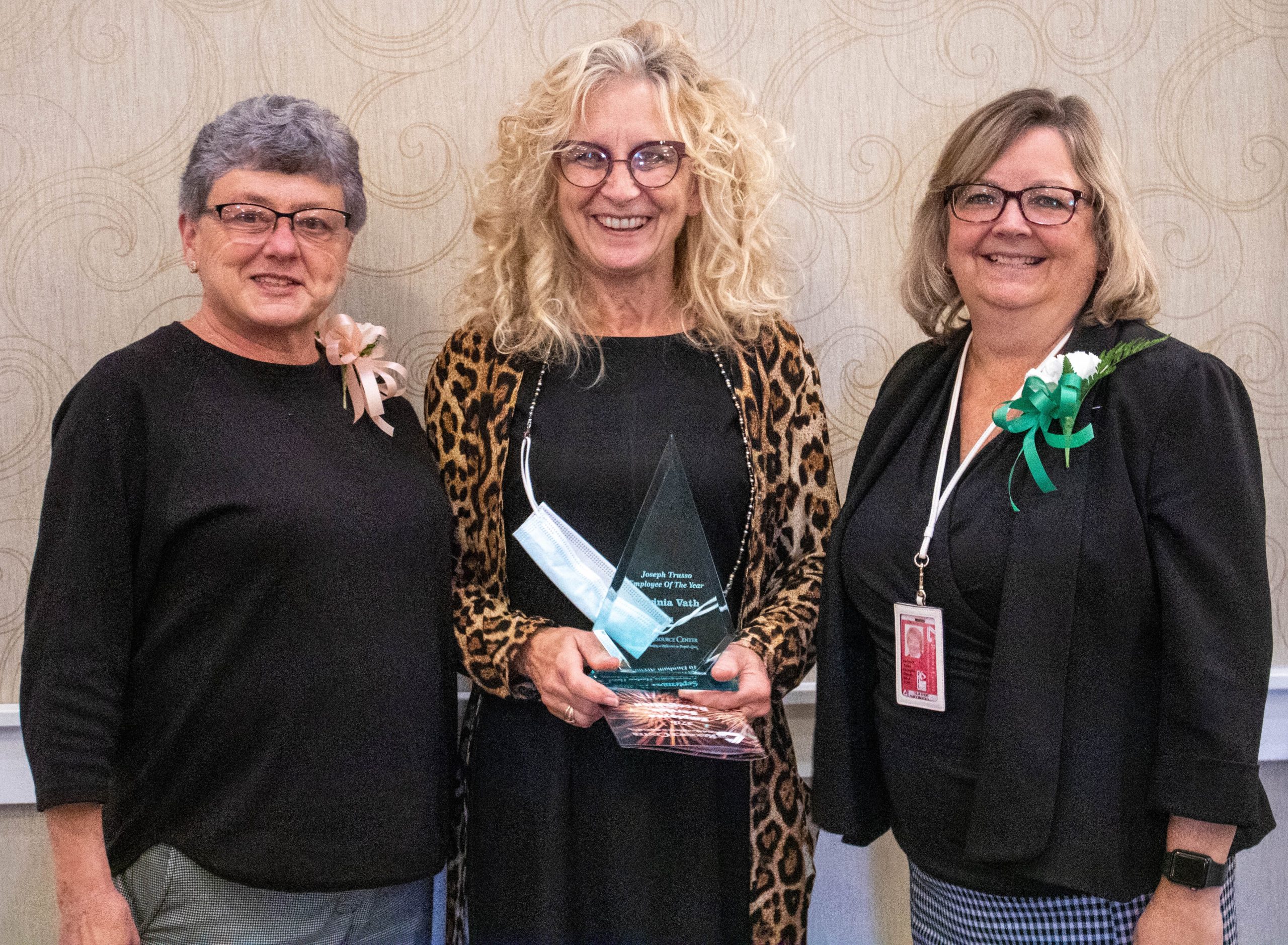 Combined, they have put in more than 2,355 years of service at The Resource Center.  And TRC recently honored those 139 people at the agency’s annual Employee Service Recognition Luncheon, held at the Chautauqua Harbor Hotel in Celoron.

The event paid tribute to employees who, during 2020 or 2021, completed a milestone year of service with The Resource Center.  Also recognized at the luncheon were the recipients of TRC’s two main staff awards for 2021. 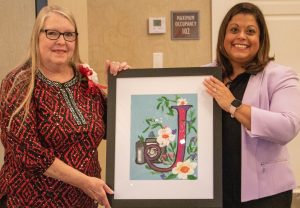 The longest-serving employees recognized this year were Resa Rosen-Murray and Jane Young, who each reached 40 years with TRC in 2020.  (There now are 11 people who have achieved that milestone.)  Jane and Resa each received a painting created by people in The Resource Center’s art program. 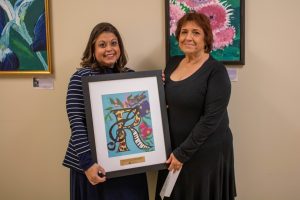 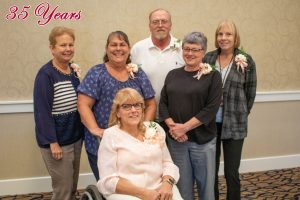 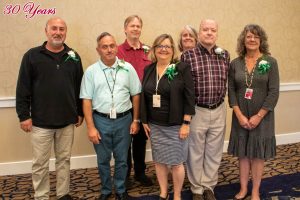 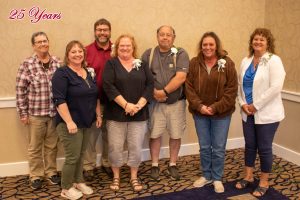 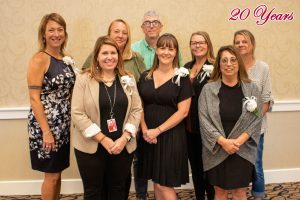 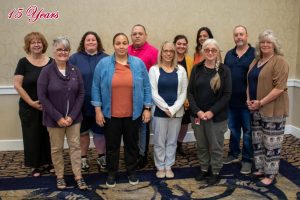 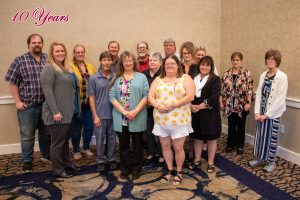 In addition to the service awards, The Resource Center also celebrated the recipients of its two major staff honors.  Virginia Vath received the Joseph Trusso Jr. Employee of the Year Award, while Ashley Luka received the Norma Smith Award for excellence in providing direct support to people with intellectual and developmental disabilities.

Virginia, who retired in 2022 but continues to work part time, was recognized for the positive impact she has had as TRC’s assistant executive director for quality assurance, quality improvement and compliance. During her 18 years at The Resource Center, she refined policies and procedures to ensure TRC remains in compliance with federal and state standards.  She also oversaw the reporting and investigation of incidents and any resulting systemic changes.  And she coordinated TRC’s response to the pandemic.

The Employee of the Year Award is named in honor of the late Joe Trusso, a former Chautauqua County legislator who served on The Resource Center’s board of directors for 38 years. 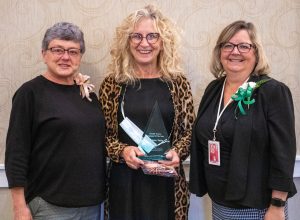 Virginia Vath holds her Employee of the Year trophy flanked by Executive Director Denise Jones, right, and Donna Trusso, Manager of The Resource Center’s STARS Wellness Program. Trusso is the daughter-in-law of Joe Trusso, a longtime member of TRC’s board of directors for whom the Employee of the Year Award is named.

Ashley received the Norma J. Smith Award for the way she performs her job as a direct support professional at one of TRC’s homes.  Ashley, who has worked for The Resource Center for 11 years, has positive relationships with the people she supports.  She is knowledgeable about policies and people’s individual plans.  Her work ethic, relationship-building skills and role modeling are described as traits that everyone should strive to emulate.

The award was created in memory of Norma Smith, who worked as a direct support professional at The Resource Center from 1983 to 1991.