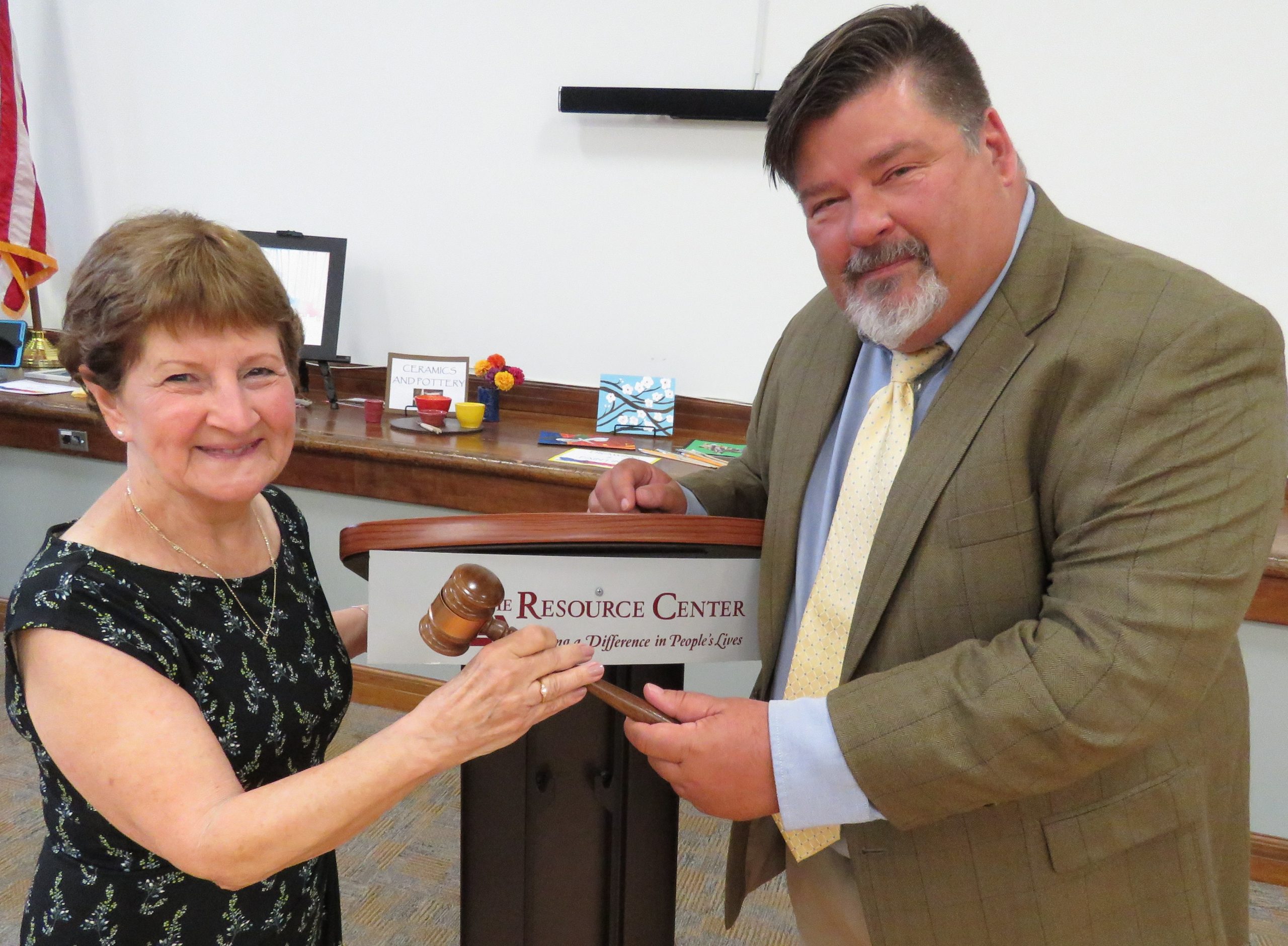 Richard Erickson was elected the Chair of The Resource Center’s Board of Directors during the agency’s Annual Meeting, held at TRC’s administrative offices on Dunham Avenue in Celoron.

Elected to two-year Board terms were Timothy Adam, Douglas Anderson, Robert Goold, Donna Haenggi, Patricia Perlee, and Barbara Stewart. Tim, Doug, Donna and Patty were reelected to the Board.  Bob and Barb took the places of Rebecca Hamlet Kapple and Wayne Ormsby, who each had served on the Board for several years. Bob joins the board for the first time, while Barb served on the Board previously.

Elected to the Nominating Committee for The Resource Center’s 2023 election were Wayne Hotelling, June Jacobson and Gregory Krauza.

In appreciation for her years of service as Board Chair, Patty received a painting made by an artist with disabilities in The Resource Center’s art program, as well as a plaque-mounted gavel. Wayne Ormsby and Rebecca also received paintings. 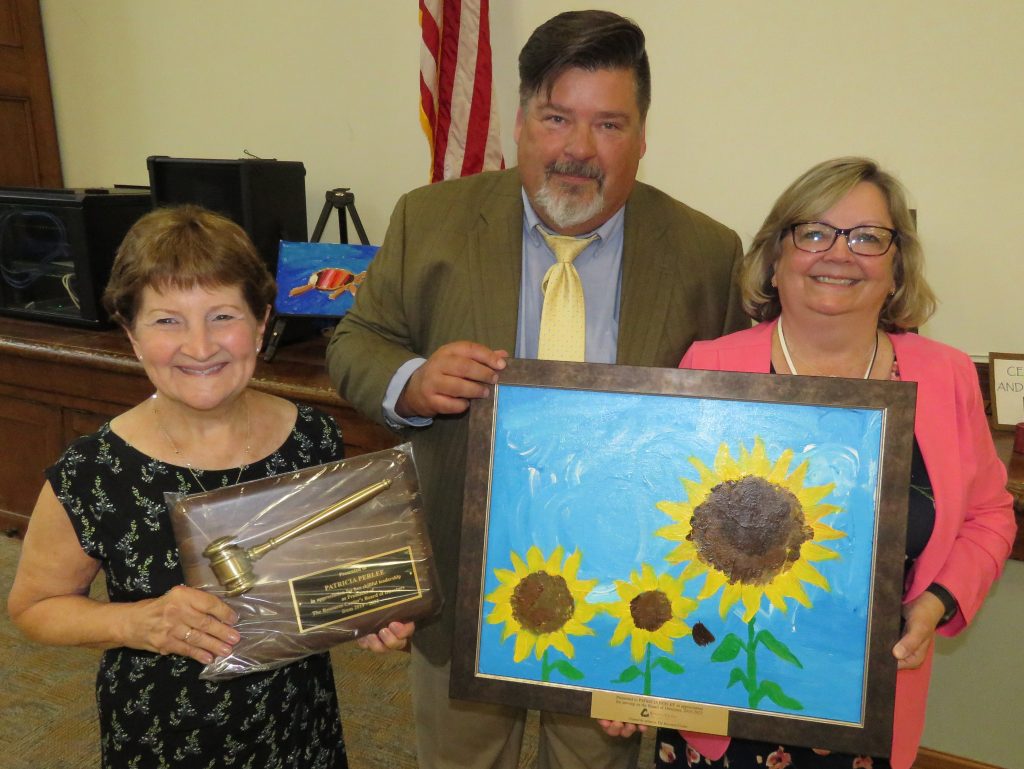 Patty Perlee, left, poses with the gifts she received in appreciation of her three years as the Chair of the Board of Directors. Also pictured are DIck Erickson, the current Board Chair, and Executive Director Denise Jones.

The meeting included a presentation by John Vogan, Residence Coordinator Supervisor, and Susan Gutierrez, Art Teacher, about TRC’s KeyBank Art House at Edgewater.  The facility, to be built along Eighth Street across the Chadakoin River from McCrea Point Park, will become the new home of The Resource Center’s art program for people with disabilities.

The Resource Center is a not-for-profit organization that has been supporting people with disabilities in Chautauqua County since 1958.  In addition, TRC performs subcontracting work for local businesses and the federal government at manufacturing centers in Dunkirk and Jamestown.  For more information, phone 716-483-2344 or visit www.resourcecenter.org.