Paul Fardink honored for his longtime support of Army Aviation 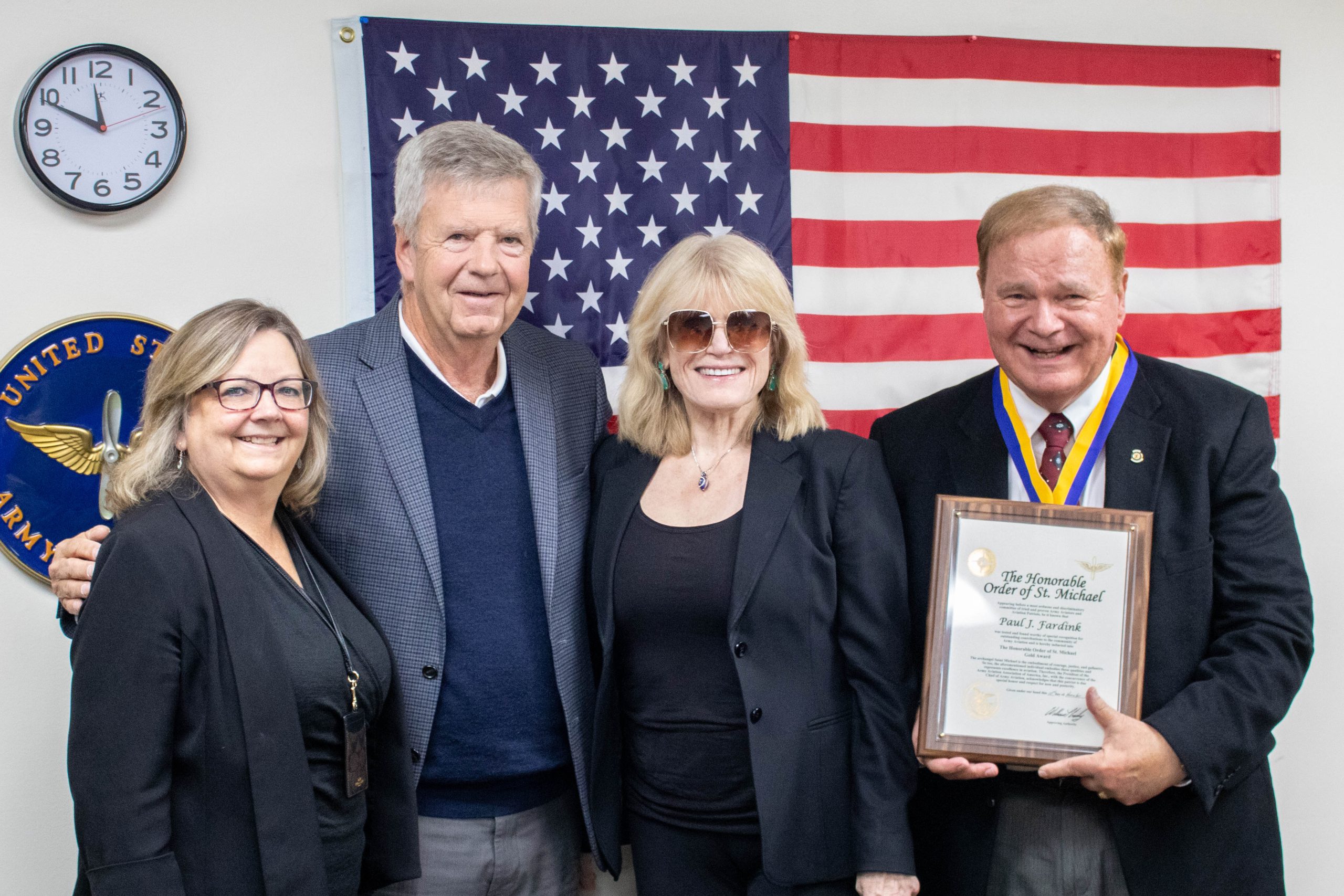 Paul Fardink has been honored for his decades-long support of U.S. Army Aviation.

Paul, TRC’s Work Center Contractor, received the Honorable Order of St. Michael gold award from the Army Aviation Association of America (AAAA).  The honor recognizes individuals who have contributed significantly to the promotion of Army Aviation while demonstrating the highest standards of integrity and moral character, displaying an outstanding degree of professional competence, and serving the U.S. Army Aviation or civilian aviation community with distinction.

Paul is a retired Army lieutenant colonel who flew helicopters and airplanes while on active duty.  In civilian life, he has continued to support the Army Aviation community by giving presentations and serving as a spokesperson at national events.

Paul received his gold award from Major General William Crosby, President of the AAAA’s Executive Board, during a ceremony at The Resource Center’s Jamestown manufacturing plant.  Gen. Crosby also took time to tour Allied Industries, which is the business name of TRC’s manufacturing operations.

“The visit by Gen. Crosby was truly inspiring for our staff at Allied.  I have had several tell me they were close to tears because of his passion and gratitude for what we do here,” reported Paul, adding that the general told workers, “You are saving lives!” 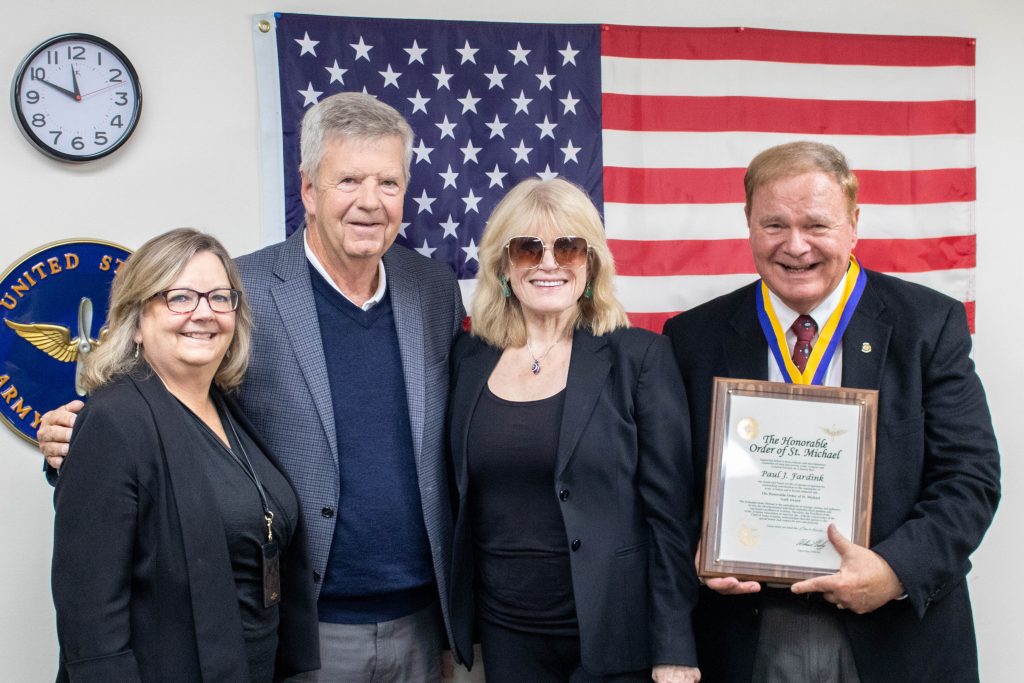 This marks the second time Paul has been honored by the AAAA.  In 2014, he received the Honorable Order of St. Michael silver award at a ceremony in Tennessee.  The event was held near Fort Campbell, home of the Army’s 101st Airborne Division, the world’s largest helicopter-borne division.

“While on active duty, I had written their Air Assault School Handbook,” Paul said.  “It was a real honor to get the award in front of all of those special soldiers.”

Officials of The Resource Center are grateful to Paul for his efforts on behalf of the organization.

“We feel blessed to have Paul continue his impressive career at The Resource Center,” said Denise Jones, Executive Director.  “His commitment to excellence and his previous military experience have allowed our organization to excel as we manufacture products that support our troops.”

Denise expressed appreciation to Paul for choosing to receive his award locally, thereby providing an opportunity for TRC workers to meet with Gen. Crosby.

“This was a personal award that Paul shared with The Resource Center,” she said.  “He could have received this award anywhere, but he chose to have it here so the major general could expand his understanding of our organization.  During his visit, the general was able to quickly connect the products we make and how they save the lives of men and women serving abroad, which translates into great pride for our manufacturing employees.”

We congratulate Paul on his latest recognition, and we thank him for his continued service to our nation.

The Resource Center has been manufacturing items for the U.S. military since 1977.  Some of the products made or assembled by TRC workers literally have saved lives.  For example, when the second Gulf War began in 2003, every U.S. Marine carried with them a first-aid kit assembled by workers at The Resource Center.  Those kits saved the lives of Marines injured during the conflict. 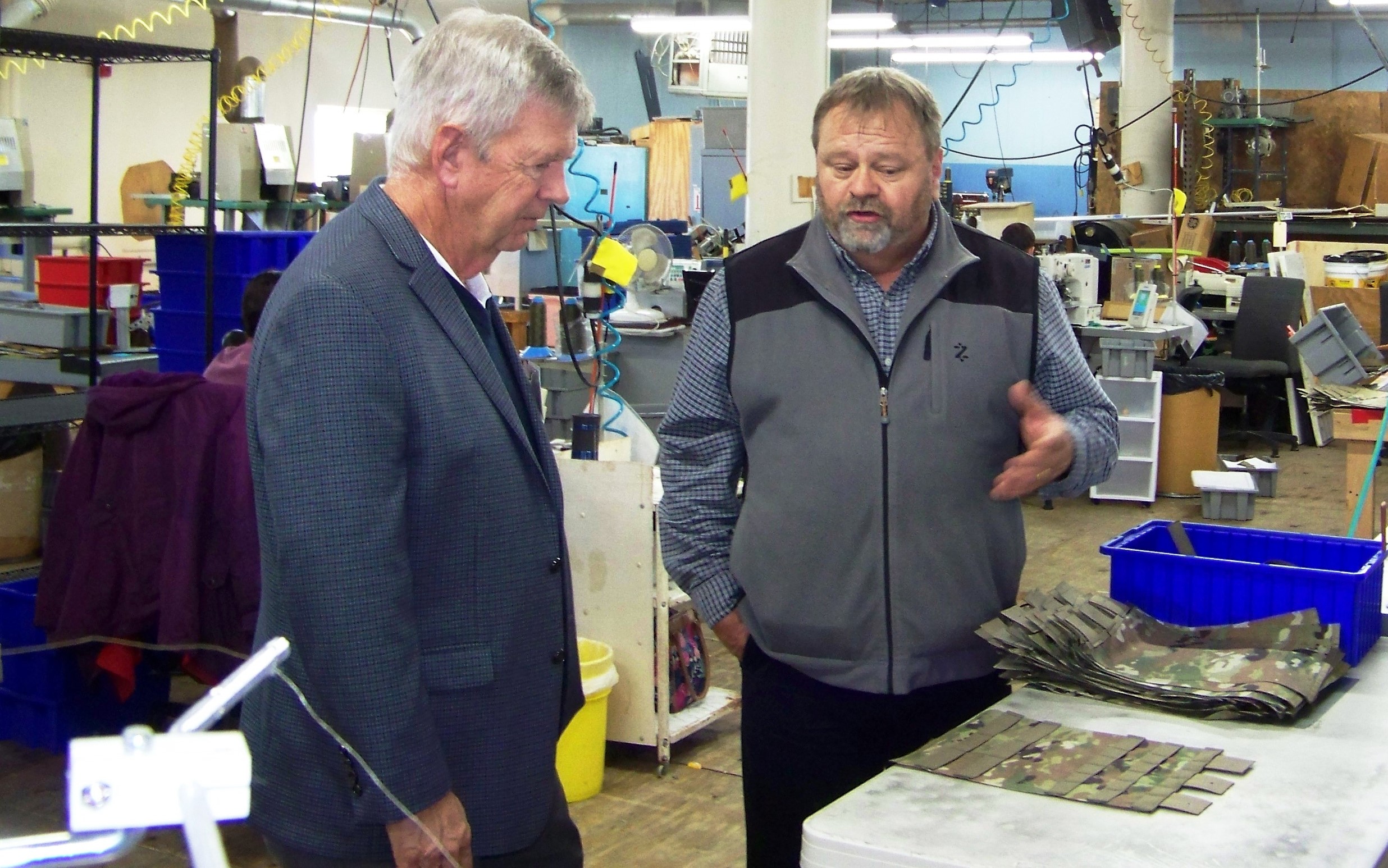 Harold Roberts, right, TRC Production Superintendent, describes to Major General William Crosby one of the products The Resource Center manufactures for the military.